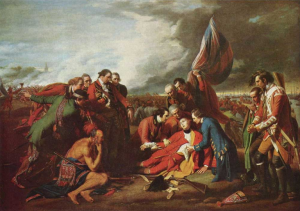 During the 1530s, the government of France decided to join the age of exploration, and compete with other European countries in the search for new territories and the natural resources that come with it. The French government competed with the likes of Portugal, Spain and the British Government in the search for new territories and lands. Throughout its exploratory history, the French Government managed to conquer a number of territories, but subsequent conflicts and wars resulted in defeat, allowing the French to lose some of its prized territories. But if there is a listing of French possessions that made a mark for the French, then that list will include the French colonies in West India. Listed below is a description of these French colonies in West India, and the reason why France took control of these territories.

French colonies and establishments in India

These territories and colonies can be found on the peninsula. Most of these settlements are concentrated on the coast of Coramandel, Orissa, Malabar and in Bengal and Gujarat. Situated on the Coramandel are Pondichery and Karikal, including Villenour, Pondichery and Bahour. On Orissa, the French took control of Yanaon, including all the villages covered by the area. The Malabar Coast that was controlled by the French Government included Mahe, and Calicut lodges. In the context of colonialism, particularly about French excursions in India, the lodges refer to factories or other establishments with a home and extra space. The other lodges that were controlled by the French during this time were located in Bengal, and the list includes Jugdia, Patna, Cassimbazar and Dacca.

How the French cobbled territories in the region 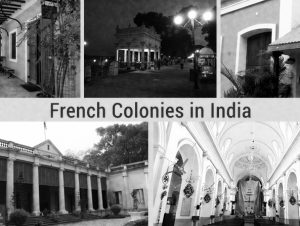 The French government and explorers were not the first explorers who explored and colonized India and the surrounding areas. There were a number of reasons why the French were late to enter the exploration. Some historians argue that the location of India proved difficult for the explorers, and some believed that the internal barriers and the large investment requirement to complete the exploration all contributed to the late entry of French in exploring India. But starting 1741, the French Government and explorers succeeded in setting up settlements and lodges, and the primary motivation was commercial. The first business that prospered under French rule was fishing, with the acquisition of Yanam and Malabar, particularly Mahe.

The trade that was initiated by the French became successful, up to a point where its total production and volume almost approximated half the size of the trading volume of the British. The surge in volume of the French trading in India alarmed British during the time, and this was considered by many as another reason for the conflicts. And because there were threats, and the French understood these threats to their business interests, the French Government in India decided to fortify their factories, not for commercial gains, but to protect these factories from foreign intrusion and control. This led to the slow but gradual decline of French interests, and also put the French in conflict with other interests in the region, particularly French interests.