The Democratic Republic of Congo was a Belgian colony between 1908-1960. It began in the late 19th century as an expansion of Belgium’s colonial rule. King Leopold II persuaded his government to expand its control within the Congo Basin, and he was granted permission in 1885 to do so. Western states supported the move and sanctioned the colony, which was named the Congo Free State. Ruthless treatment of the Congolese natives by Free State officials put international pressure on Belgium to step in and which resulted in Congo becoming an official Belgian colony in 1908.

Evolution of the Belgian Congo 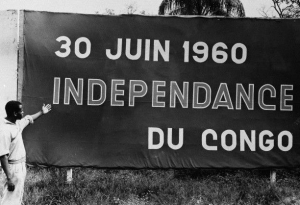 Ruling the colony was structured under the classifications of state, missionary, and the private company. This led to some improvements of living conditions for the Congolese, but segregation was widespread as a rule. A hierarchical level evolved which was ruled over by the Belgians and the minority white population was treated as superior to the native blacks.

The Congo became an independent country in 1960, becoming the Republic of Congo-Léopoldville under Patrice Lumumba and Joseph Kasa-Vubu.

During 1960-1965, civil war broke out even after Congo had gained independence. The five-year war was fuelled by infighting among the natives and the involvement of Belgium in the internal affairs of the independent nation. The war ended with a native becoming leader, Mr. Joseph-Désiré Mobutu.

Mobutu’s Rule in the Congo 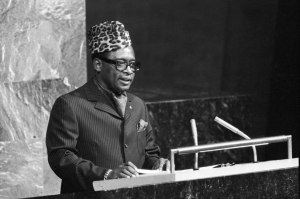 Mobutu, a clearly a self-made man, formed an authoritarian ruling after gaining power. He accumulated a vast amount of wealth during his tenure and was supported by the United States which saw him as no threat because of his anti-Communist ideology. He, however, proceeded to rid the colony of any colonial influences and culture. His dictatorship rule evolved into widespread economic exploitation and corruption as well as nepotism and embezzlement. He is reported to have embezzled as much as $15 billion during tenure as ruler. This was spent on trips to Paris in Concords, building of his Royal Palace, among many other infractions. He ruled the Democratic Republic of Congo for over three decades and was ousted from power, and the country, in 1997. He died of prostate cancer three months after. 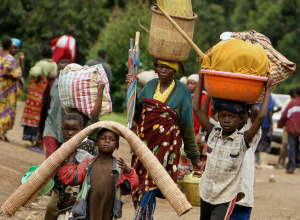 The Democratic Republic of Congo has seen many wars and dictatorial takeovers of the country. Among that turmoil, Mobutu changed the country’s name to Zaire, which stood from 1991-1997, then changed back to Democratic Republic of Congo. Since 1998, over 5 million persons have died most from non-violent means. The country, though rich in resources, has been raped by many industrialized and developed nations for these resources, and the infrastructure and well-needed help and development has not been forthcoming. Death from malaria, malnutrition, pneumonia, and diarrhoea are just some of the social ills that plague the country. It is estimated at least 45,000 people die monthly from lack of food, medicines, and proper drinking water. Women are, especially, victims of violence, which is perceived by large sectors of society to be normal; many women believe a husband is justified in beating his wife in certain circumstances.

Fast forward to October 18, 2016; although the Democratic Republic of Congo is more in tune with democracy, as a nation its residents are still divided. Elections were postponed by a constitutional ruling that gives the current government another year in office to 2018. The delay is to allow for talks to be held among the leaders of both parties.

It seems there is no end in sight for the DRC and wars, as there is no agreement that lasts, nor is there any middle ground that may be found when it comes to political power.