Nigeria has been a country which has had its share of occupation by many nations for centuries. British administration of the country began in 1861 and was formalized in 1906 when the Southern and Northern regions of the country along with Lagos were united under British rule. British rule remained in effect until Nigeria gained its independence in 1960. 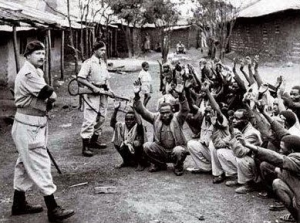 The area of West Africa, which eventually became modern day Nigeria, was impacted greatly by British influence when Britain made it illegal for British subjects to be involved in the slave trade in 1807.

Although Nigerians were instrumental in selling their own countrymen, they too got rich from the business and one such person was a woman named Madam Tinubu. She profited greatly over the many years but eventually became one of the leading pioneers for political change in her country.

Although slave trading was abolished by Britain in 1807, some Nigerians were not very pleased, as the riches they were accustomed to getting were being taken away. They were angry at the fact that Britain had legislated ending the lucrative venture. They, however, continued with whoever sought to continue trading and within a 26-year period after Britain abolished slave trading, Nigerians had sold over 1,795,000 of their own nationals. As a continuum, Nigerians continued slave trading in their country to facilitate the rich lifestyle many of its citizens had grown accustomed. Britain and other countries were unsuccessful in quelling the slave trade in Nigeria as it continued for many more years.

Colonial Nigeria supplied much of Europe with palm oil and palm kernels which was used to make soap and prior to the introduction of petroleum products, to keep machinery working. 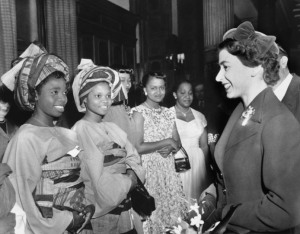 While the country remained under control of the British until 1961, changes were made prior to that to give more power to regions of the country. The taxes levied were split between the British colonial government and half to the Native Treasury. Forces promoting nationalism wanted self-government and this influence was seen in the Christian churches that began to break from the European models. Independent churches were an important voice in criticizing colonial rule and promoting local customs and practices.

Another factor leading to Nigeria’s independence was the differences in the regions, which made a central, national focus difficult. The emerging regional governments grew in political power and in economic power with control over public money originated within the region. 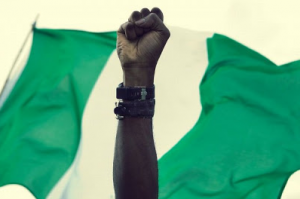 Nigeria is still reeling from the slave trade which happened centuries ago. Even though it has survived to the 21st Century it has not begun to reap the benefits of modernization. Challenges still abound, as they are not being cultivated as much in comparison to the slave trades which were beneficial to the nations who profited from the raping and pillaging of this country. Slavery was beneficial to the many countries which profited from its resources, and they have been slow in acknowledging how Nigeria has suffered while they have moved on with development and growth.

The new Nigeria that is needed must be cultured and cultivated from the resilience of its people. What is needed is for worthwhile humanitarians to come together to help in rebuilding this country to the former glory that was Nigeria.